A Peek at Google+, Tumblr and Reddit & Rise of Smartphones in the Social Media Market 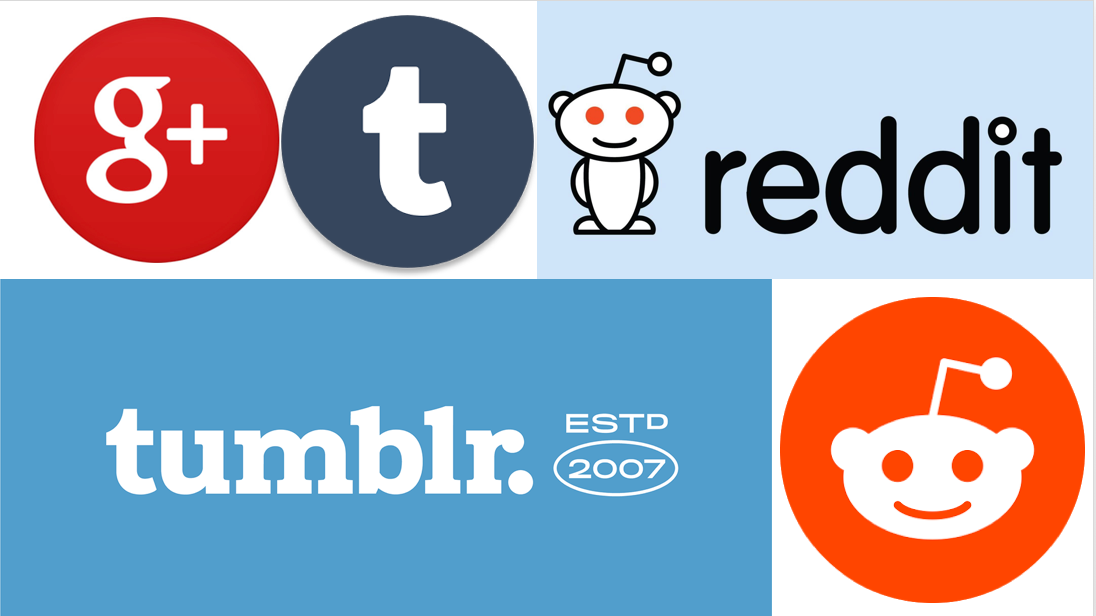 Social Media with its concept of launching websites and mobile applications which empower the users to create and share content has taken apart traditional marketing.

Social Media rose to new heights since the inception of smartphones. The fast development of mobile technology, especially the scale and the speed with which it gets used for interacting, networking and sharing information has played a vital role in influencing social media.

The rise of smartphones has made sure that the social media market expands much more rapidly than it was predicted in the early 21st century. We have already covered a lot of the popular social media platforms in our previous blog posts. Let’s shed some light on these platforms too:

Operated and owned by the Search Engine giant Google, Google+ provides basic social media services to allow users to display a profile picture, an about section to express their views, cover picture, work history, interests, among other things.

The unique point about Google+ is its “Circles”. Circles is the main feature of the social media platform. Users can organize people into groups using Circles to share posts. Users can specifically share private content to a particular group. For example, a Circle of family members where you can just share that content with them rather than making it available for your other contacts.

One major advantage marketers see in Google+ is that it is a great source for SEO (Search Engine Optimization). Hence, marketers tend to conduct a lot of ranking activities through Google+ posts, and the results are positive. Google+ posts tend to rank much higher on the search results compared to social bookmarking and article submission platforms.

Tumblr is a microblogging social media platform. Tumblr is owned by the search engine Yahoo. Users can write and share short blogs and can include multi-media.

Similar to Google+, Tumblr also boosts your SEO. The blogs uploaded on Tumblr are visible and available directly on the web. Tumblr posts gets indexed by search engines, which helps visibility and rankings. You can also interlink your Tumblr blogs to Google Analytics and monitor the traffic.

According to a research, 50% of Tumblr users are below the age of 25. This is a great statistic for businesses who targets this age group.

Reddit is a social news aggregation, discussion and a web content rating social media platform. Reddit’s members can submit content in the form of text posts or direct links.

Content entered on Reddit are organized into areas of internet called Subreddits. Subreddits are basically topics such as television, books, music etc.

Reddit’s slogan “The Front Page to the Internet” is literally true as many discussions, and direct links posted are highly admired by the search engine crawlers. Hence, they have a better ranking on search engines.

Google+, Tumblr, Reddit and many other social media platforms have launched mobile applications after witnessing the rise of smartphones sales globally. As the research suggest, content shared on smartphone to social media already overtook desktop and laptops in recent years.